Published By Todd Lucier on May 6th, 2004 in Compass Connections

The following article appeared in the Almaguin News following a seminar Todd presented in Ontario, Canada, May 5th, 2004

Lucier’s presentation, alone, was considered by many well-worth the price of admission.
The owner of Northern Edge Algonquin and Blue Canoe in South River was both entertaining and motivating during a 40-minute presentation — a timeslot that proved far too short for what Lucier had planned to offer.
Nevertheless, the crowd was given a glimpse into how a business or venture can succeed and prosper in the region, with or without pavement.
Todd Lucier contends that niche markets have to be actively sought, fostered and marketed in innovative and creative ways.
He told those assembled at the conference to stop thinking about ‘Almaguin Highlands’ as a Muskoka-type tourist destination, and look for a more global connection.
“Use the power of internationally recognized brands … like Algonquin Park, not Almaguin Highlands, because there’s nobody out there specifically looking for Almaguin Highlands,” Lucier offered.
He said the market being sought should not be toward those who are passing through the area along Highway 11. Rather, it should be toward customers who have been carefully identified and enticed to a local attraction or event in the region.
“Start thinking about who your best customer is and how you can meet their needs. Ask yourselves, ‘what would they (tourists) come here for?’ And then, market and package it so they will,” offered Lucier.
Success for Todd Lucier and his wife Martha is due in part to something he calls ‘narrowcasting’ — creating and marketing to very narrow groups, niche markets.
Lucier also credits business success to marketing initiatives that partner with corporate identities, like Ontario Northland, Blue Sky Network and the New York Times on marketing initiatives. He believes they lend important credibility to a business.
The Northern Edge Algonquin principal also suggested that it is essential for competitors to work together, not against each other, in marketing their products and/or events.
“Take that old attitude about competition and throw it out … the only way to succeed is to partner with someone you’re most threatened by, Lucier offered.
“Identify your unique selling points, establish a partnership with people you have an affinity with, and sell each other,” he added.
Lucier said the Internet is the vital link that will help the area prosper economically, regardless of how people travel — whether by highway, rail or air — to reach the region.
The highly successful entrepreneur also warned, “The terror of the (four-lane) highway is not the people who will drive past (your business or community), but the people of the local community who will leave and buy elsewhere.

Just think about it: Who or what are you most threatened by? How can you work “with” this threatening entitity to improve your services or products?

Get Our Ultimate Corporate Retreat And Team Building Guide 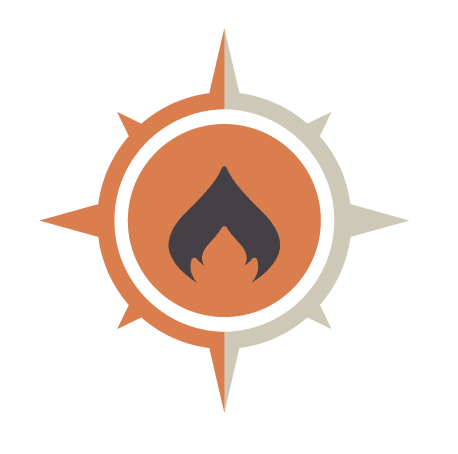 You will also recieve new articles from our Compass Connections blog.

You will also recieve new articles from our Compass Connections blog.