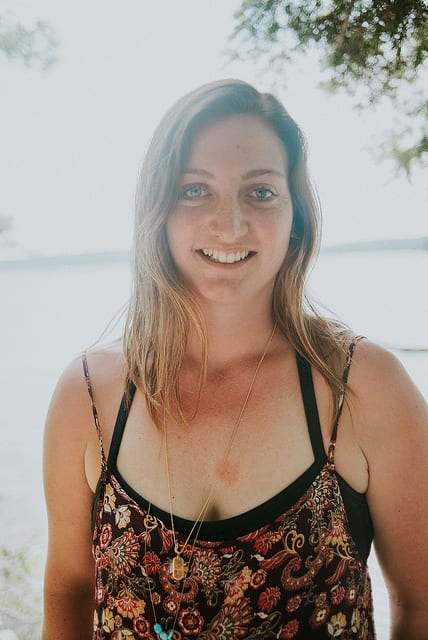 Courtney first discovered The Edge while participating in a retreat with Wild Women Expeditions, where she discovered Stand-Up Paddleboarding.

“The first time I tried stand up paddling I felt a wave of relief wash over my body saying, ‘Ahhhhh, HERE you are. Where have you been?’ — Since then I’ve fallen more in love with paddling (and being outside) with every blade stroke I’ve buried.”

Courtney bought her paddleboard from Swift Canoe & Kayak in South River on her way home from the retreat, knowing she would be back one day soon.

In 2015 and 2016, she joined us as a guest facilitator to lead two Desire Map & SUP retreats.  Through these experiences, we discovered that Courtney’s hosting style was a perfect fit for the Edge and invited her to begin hosting retreats with us, such as Up North: Algonquin Explorer.

With a deep and growing connection to nature and self I simply offer possibilities for others to experience personal growth outdoors through paddling day excursions and wilderness weekend retreats. My facilitation style is empowering, adventurous, intuitive, and playful.